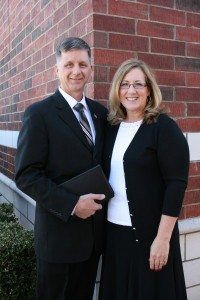 God has been so good to me!

Biographical Sketch of the Author

Dr. Mike Van Horn is a missionary with the Rock of Ages Ministries.  He was called to the Rock of Ages in February of 1999.  After answering the call, he made application and was accepted as a full-time missionary in May of 1999.  He was ordained as a preacher of the Gospel and sent out of the Mansfield Baptist Temple in Mansfield, Ohio, in October of 1999.

After raising his support and serving on the Revival Team for the first year and one half of his ministry, Dr. Gearis, former President of Rock of Ages, developed the Juvenile Team.  Under the direction of Brother Rick Hildebrand, Brother Mike served on the Juvenile Team until called to the International Team in 2009.

I was saved as a young boy due to my mother’s faithfulness to take us boys to church.  We continued in church until I was in the ninth grade; when we moved mom was not able to find a church.

After graduating high school, I joined the U.S. Air Force and served for four years.  During my tour of duty I was stationed in KS; this is where I met my wife Paula.

During our dating period I asked my wife about her salvation.  She, being raised Catholic, was unsure of her eternal destination.  I praise the LORD that I was able to tell her of the Wonderful Grace of Jesus.  She accepted Christ that same day!  After my release from active duty,  we moved back to Loudonville, Ohio.  When my wife became pregnant with our son I knew that I needed to raise my family in church.  We found a little independent Baptist work, which was just getting started, and joined.  We served on the bus route and taught Sunday school.

It was when we moved our membership from Faith Baptist in Loudonville, OH, to the Mansfield Baptist Temple that we surrendered to full time service.  I had owned my own business for 13 years and was now ready to join the LORD’s Army.  It was a year and a half of waiting on God before He revealed to us the Rock of Ages Prison Ministry.  It all fell into place then.  I now understood why it seemed as if I was always helping teens that were from dysfunctional homes.

It was in March of 1999 when we surrendered to go with Rock of Ages.  We met with Dr. Gearis and the staff in April and he asked me how long we had volunteered with the ministry.  I told him that I had never been in a prison or volunteered at all.  He sent me home with this; “Go home and volunteer and see if you like it or not.”  My reply to him was, “I will be glad to go back and do some volunteer work, but it will not matter if I like it or not, God has called me to this ministry!

The LORD used I Thessalonians 2:4 to call me into the ministry.  “But as we were allowed of God to be put in trust with the gospel, even so we speak; not as pleasing men, but God, which trieth our hearts.”  The LORD spoke to my heart and said that He had trusted me with the Glorious Gospel, now what will I do with it.  I thank the LORD that He found us faithful and called us into His work.

We have two children, Joshua and Jessica.  Joshua is 26, married to Sarah, and has given us two grandchildren, Aiden-3 and Abriella will be one on September 27th .  Jessica is 21 and is in her fourth year at PCC.  I praise the LORD He has given me two wonderful children, two grandchildren and a beautiful wife.  We will be married 31 years this April 16, 2014.

My position on the Bible is simple.  I believe that the King James Bible IS God’s Word.  It is the only Bible that I will ever use.  I use it in every thing I write and it is my light, my path, my faith, and my practice!  I read it daily to keep from temptation and to build my faith.

As of October, 2009, I have began to work with our Foreign Team training national around the world in the area of prison and public school ministry. It is our burden to develop indigenous ministries in local churches around the globe.  We also assist national pastors in planting churches in regions that have no other Baptist church and is close to a prison.

The LORD allowed me to develop a New Testament cover called the Ultimate Truth.  This cover is used on a Bearing Precious Seed marked edition of the Bible.  We have placed inserts that document the legal rights a public school student has to distribute Gospel material, read and carry their Bible, wear Scripture on their clothing, and other legal rights they have on school grounds.  It has been greatly used in the public schools of America.  You can obtain copies through the Rock of Ages Ministries website-www.roapm.com

The LORD has also allowed me to work in the National Youth Workers conferences and a few Bible colleges to encourage folks to find the incarcerated children and reach them for Christ.  Many churches have jail ministries, but have failed to find the children.  We have been able to see many works started in different areas of the country. The LORD has also allowed me the privilege to do some writing.  I have been writing for the Glow in the Dark Teen Devotional book for many years and I have finished my book, God’s Approval of Your Minitry.

The troubled youth of America is a great mission field. This is a testimony I received of a young man that had previously been in a juvenile prison in Florida.  I thought I would share it for you. “Hey its Anthony. I don’t know if they remember me but I promised them I would let them know im still keeping faith 100% and that I’m getting baptized this upcoming Sunday March 2nd.  I wanted to thank Brian Heath, Jimmy Nicholls (I think thats how you spell it), and Mike VanHorn for coming to the juvenille detention center and opening my eyes to the word of God. God Bless and I hope you guys continue to open more eyes as you continue on with this ministry.

I will, by the Good Grace of God, continue to reach the troubled youth of the World until I cross over to Glory or until Jesus comes to take us home!